He should’ve just gotten on the sidewalk.

He shouldn’t have resisted.

He shouldn’t have been playing with a fake gun.

These are the excuses we use to rationalize the murder of unarmed black males by those sworn to protect. They’re the excuses we use to deny the systemic racism that pervades our society—a society where black teens are 21 times more likely to be killed by police than whites, a society where blacks receive longer prison sentences than whites for the SAME CRIMES (HT Qasim Rashid), a society where you can’t even get a grand jury indictment in a death the medical examiner ruled a homicide.

The double standard is breathtaking.

Like Tamir Rice, gunned down by police for playing with a fake gun. The police cruiser that came careening up to him (honestly, how would you have reacted?) barely came to a stop when Officer Timothy Loehmann opened fire, killing the 12 year-old boy.

As I watched the footage of Tamir’s murder (let’s call it what it is, shall we?), all I could think was, I played with fake guns as a kid. And I never had to fear for my life.

Of course I didn’t.

No police vehicles ever came charging at me, cops barreling out the door with guns blazing.

None of my neighbors ever entertained the possibility that the toy gun in my hands was anything but a toy.

None of them mistook me for a grown man, either. The police officer who killed Tamir Rice reported that he was 20 years old. (He was 12.) It’s a well-established fact that police officers routinely mistake black boys as older than they really are (HT Kristen Howerton). Because that’s what happens in a society that tolerates pervasive bias against blacks, mostly by pretending it doesn’t exist.

I never had to worry about someone mistaking my toy gun for a real one because I was a white kid living in a white neighborhood. White privilege meant my friends and I could brandish our toy guns (some of which looked real enough) in public without fear of being shot dead.

White privilege also means white gun lovers can brandish their weapons on streets and in restaurants, they can harass anyone who questions their right to do so, they can even plan marches through predominantly black neighborhoods—all without so much as a raised eyebrow from police. Some even laud these open carry zealots as heroes.

If you’re a black kid playing with a fake gun, it’s a capital offense. If you’re a white guy brandishing a loaded semiautomatic in public, it’s your constitutional right.

Do you still want to argue that systemic racism is a thing of the past?

It’s time we see the double standard for what it is. It’s time we acknowledge that racism doesn’t always wear a hood. Sometimes it comes dressed in a suit, to paraphrase Duke University sociologist Eduardo Bonilla-Silva. It’s time that those of us who are white realize that we benefit from an unjust system—one in which police can kill unarmed black males with impunity. And so long as we say and do nothing about it, we’re guilty of perpetuating that system.

10 thoughts on “Tamir Rice and the rationalization of systemic racism” 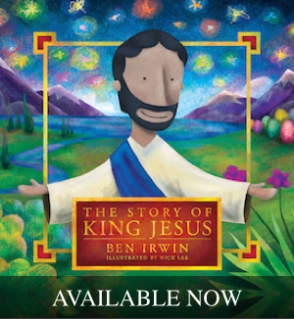